Pretty Soon I Will Be Able To Use Images Again.

Browsing through a newspaper I found on a streetcar in Portland I  began to read an environmental reporters column on us fucking the surface of a few different planets up.
Talked about "space junk" and electronic waste and us humans, preferring having our shit being sent away to where we can forget all about it. But not everyone can flush and forget, I mean look at me, I'm on it.
My study of the crap pipeline in the third world and beyond. I am not really studying it. I am just yapping about it.

So anyway, reading along I come to a paragraph that I just read over and went by, but I came back to it.
It contained the info that 5 million people shit on the ground every day in India.
Now, I can't argue numbers or polling methods for uncontained shitters in India, I have no idea what the fuck you have to do to find this kind of info out and be able to trust  and rest assured you are on the money. Maybe S.A.S.E. 5 item questionaires  on the counter with golf pencils at 7/11. They always had bathrooms at Goa. I think.

I stayed for a time on some land with some cool people sort of communally and we had a few kids in the circle, little squeezers.
With the little guys, mobile at a year or so crawling with the hands and knees operation,then about 18 months into the pipe, bipedalling begins.Summertime the kids were always naked and they shit when and where they felt the need. It was considered suspicious if it bothered you. Just noticing and commenting was uncool for some reason. Freedom Infringement was a serious issue among us.


Once,  I  made a decent living, taking care of waste products, including chemicals and shit.  I am a San Franciscan Turd Herder.  A waste management specialist. The digestive tracts of some pretty important people have been and continue to be drained into pipes and fixtures I installed. Often, I was the first to use the facilities but it didn't turn out to mean anything special. This, I'm sure, is a good thing.

There is no way to get around it anymore, we all know it. There are way too many people here, way too many. Our water world is being driven straight into the hell the prophets prophesied.It is a regular measurement of air quality now to find the amount of dessicated shit there is in there.
The deniers are lying and they know it, but numero uno for them is money. Always is and  they are terrified they might lose some. They don't want any goddamn interference from Jackson Brown  people
Then comes power.  If you can build and live in your own NeverLand and not have to ever deal with being disturbed while you use up your time here, like the bug hunting Rothschilds, finding rare species and then funding their extinction..... why wouldn't you? Money isolates , buffers and insures.
Motherfuckers think they can pay for anything. Money helps  get coats on and knows where the car is parked.
You could live next door to a Union Carbide plant and have a bio dome over your house and not give a fuck. But the stuff will always be at the door, trying to get in.

The deal now is can science,  which has delivered us unto our current state, save us from itself? Everyone will crap. Every day. Sometimes more than once. No one can stop it. No one wants to.
This will continue forever.
We're going to have to wear stilsuits, like on Dune. 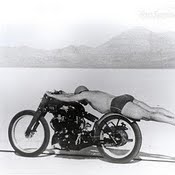 I think that's the game now, for the big thinkers with the moolah and respect, are they going to save all the rest of us or just the chosen few. The ones needed to produce Facebook and Twitter and can find oil on Mercury. Gardeners and agents of pest control.
Can't have any fucking termites, right?
Nuclear Scientology cans and slaves. The obedient can come but they have to be good to stay.
Bow down to the one true motherfucker and....
Love your mother.